THE GOOD AND THE BAD HAPPENS BECAUSE OF RELIGION…SUNTAA WRITES 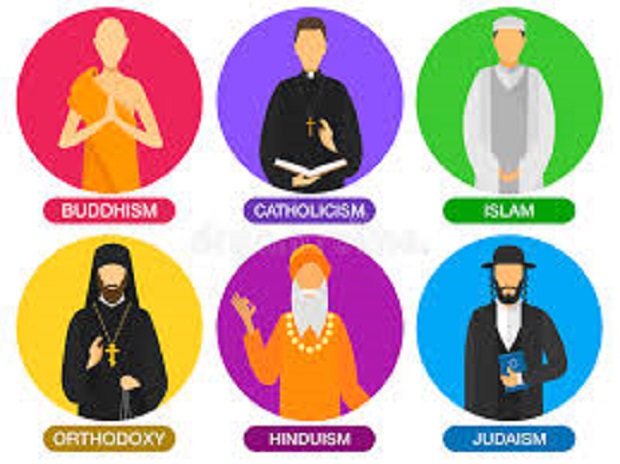 We now live in an era of religion, in which each and every individual belongs to a religious group or a religion.

Religion meets many different needs for people and societies, religion also give many people the purpose of life as they seek.

Again religion provides many of us with a moral or ethical framework, rules to live a good life and the beliefs in the consequences for having lived
properly or not.

This helps most people to live an upright life which in a long run, promotes good morals in the society.

For sure, no religion teaches its followers bad morals. Apparently every religion aims at promoting good morals in the society, most religions in the world act as a glue, binding people together with a common belief, practice and rituals.

The primary purpose of religion from God to man is peace, Quran (5:8) says, stand out firmly for Allah and be just witnesses and let not the enmity and hatred of others make you avoid justice.

Be just: that is nearer to piety, and fear Allah. Verily, Allah is well Acquainted with what you do and Hebrews 12:14 says ‘’Make every effort to live in peace with everyone and be holy; without holiness no one will see theLord”.

But most at times I am always forced by what is happening in the world now to ask a question like, Has religion fulfilled its purpose? Religion in itself is perfect and good, but the followers of any religion either make that religion look good or bad in the sight of those who don’t belong to it,
depending on how the followers put into practice the “Do’s and ” Don’ts of that religion.

What mostly makes a religion look bad to the outside world is how its followers practice its norms.

Either the followers are too reluctant or are too extreme with the rules and regulations of it.

We all know that a religion will not teach its followers to look down on others, appreciating or preferring your religion over other religions isn’t bad, but it rather looks bad when you start to assault others physically or verbally because they don’t belong to your religion.

What mostly amazes me is that, if the primary purpose of religion is peace, then why is the world in wars because of religion.

For heaven’s sake, if any religion teaches its followers killing as a way of going to heaven, then they should just kill themselves and go in peace. No religion will teach bad morals except when it is being
misinterpreted by its followers.

Personally, I think the best of things are happening in this world because
of religion and likewise the worst is also happening because of the same religion, then people ask, what good is then religion now.

What always hurts most is that, these so called religious extremists have
destroyed a lot of properties as well as innocent lives including children. The dangerous part of these extremists are, they are feeding their youth with their extremism mentality to also grow up and
continue their wicked acts, hmm it’s really sad.

In a nutshell, all major religions are preoccupied with morality, and all encourage people to be more righteous.

Whether it is through providing inspiration, the promise of rewards in the afterlife, or the threat of punishment, religion is a powerful social force. I believe that every religion is good, and as a result, we must endeavor to respect each other’s religion.

If you do not believe in a religion, please try
your possible best not to speak ill about that religion because putting down or insulting others religion will not lift up your religion but rather the correct practice of it.

Leave the followers of any religion to practice their religion in peace and you also practice yours, after all only God knows who is best.

The best one can do to invite others to your religion is to practice the religion correctly and explain to others in the best manner.

Once again extremism is not the doctrine of any religion.

Say no to religious extremism.